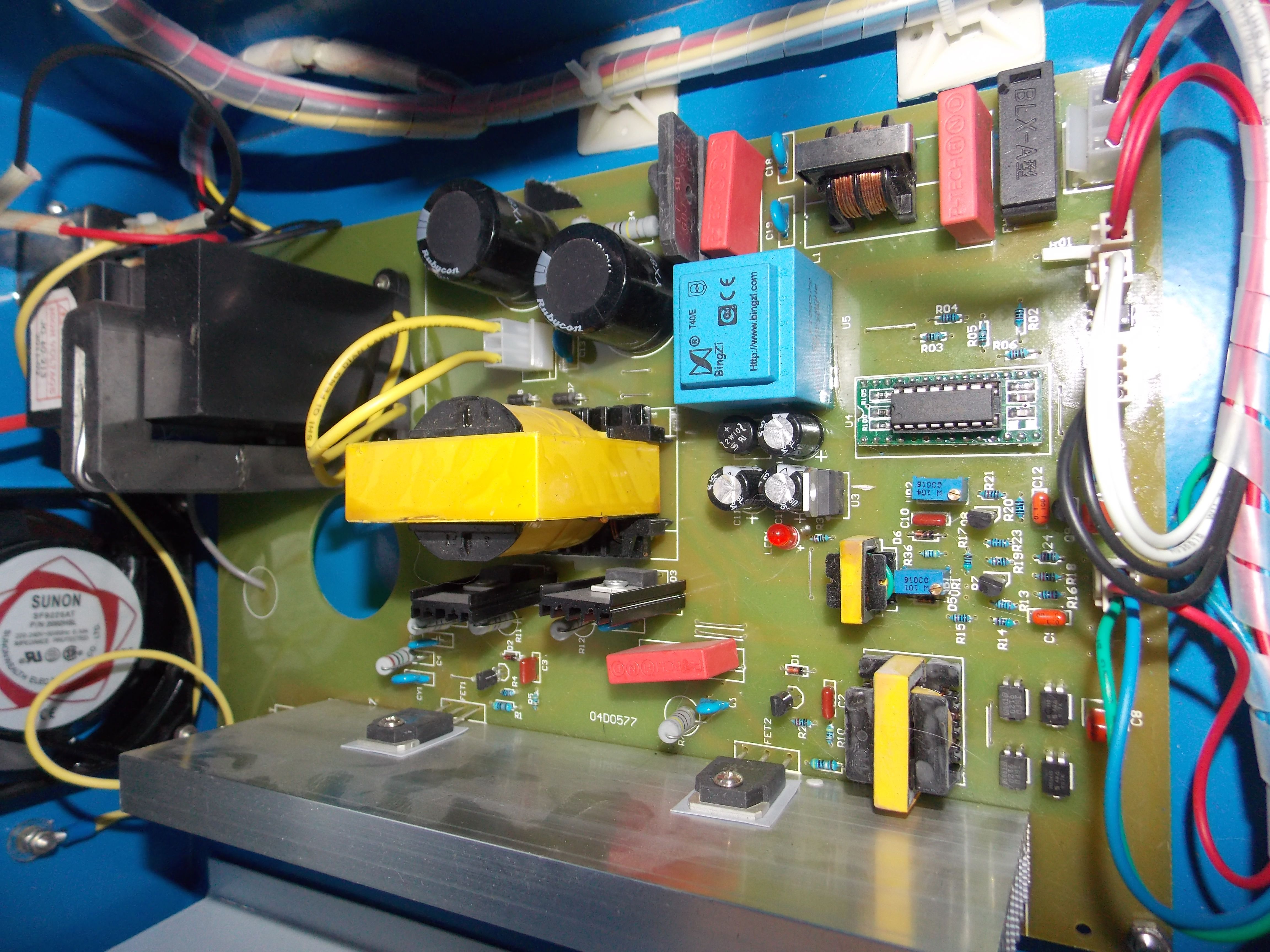 Motor and Logic PSU :
Supplying the motors and the CPU board requires a regulated DC supply at ~24V and ~5V this is provided by this unit, ours is again not shielded and split into two parts, mounted to the base of the cutter was a transformer( in 220V, out ~28 and ~8V ) and mounted to the side a PCB with the regulators and wiring to connect to the Moshi/LAOS board. 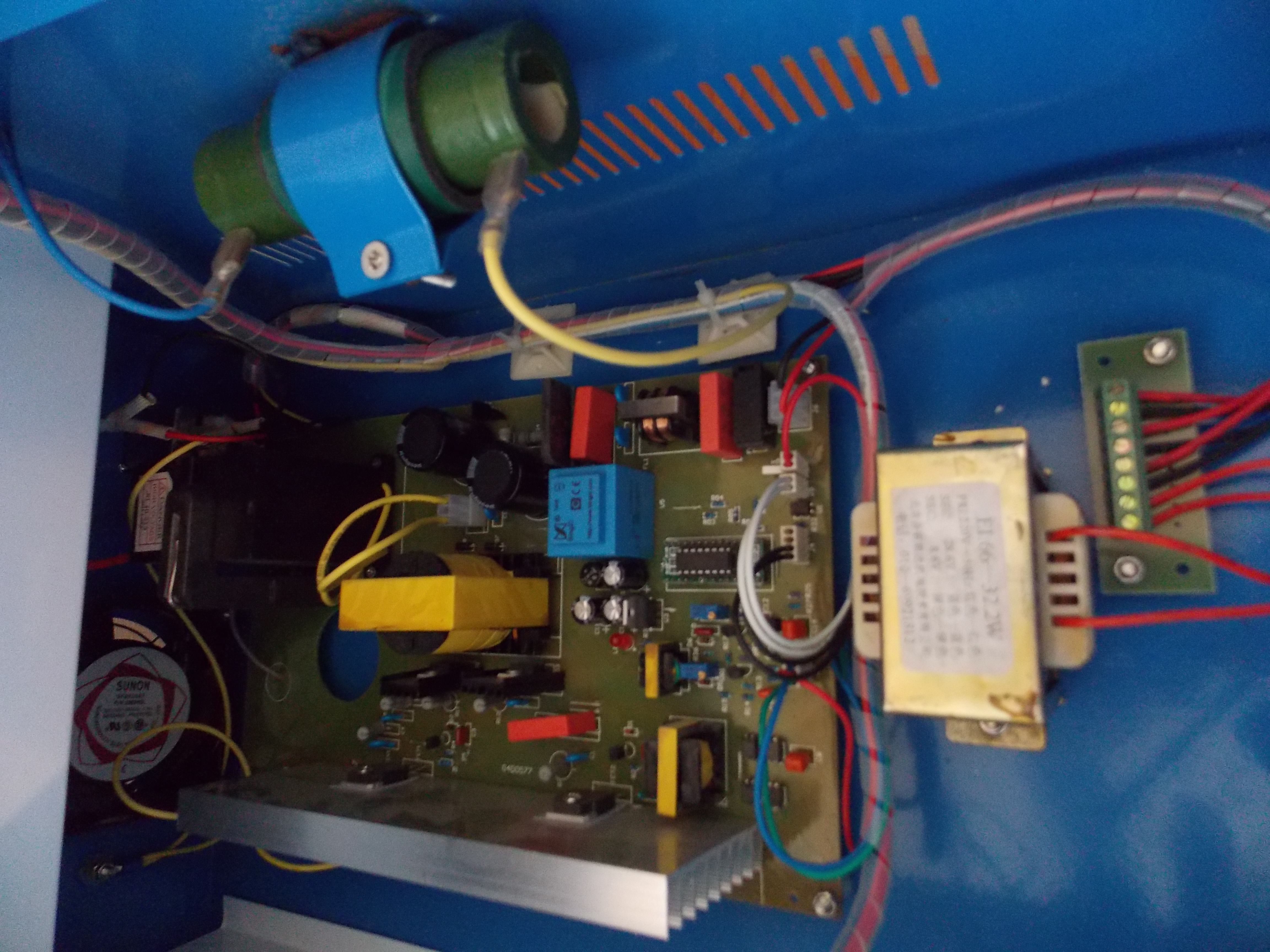 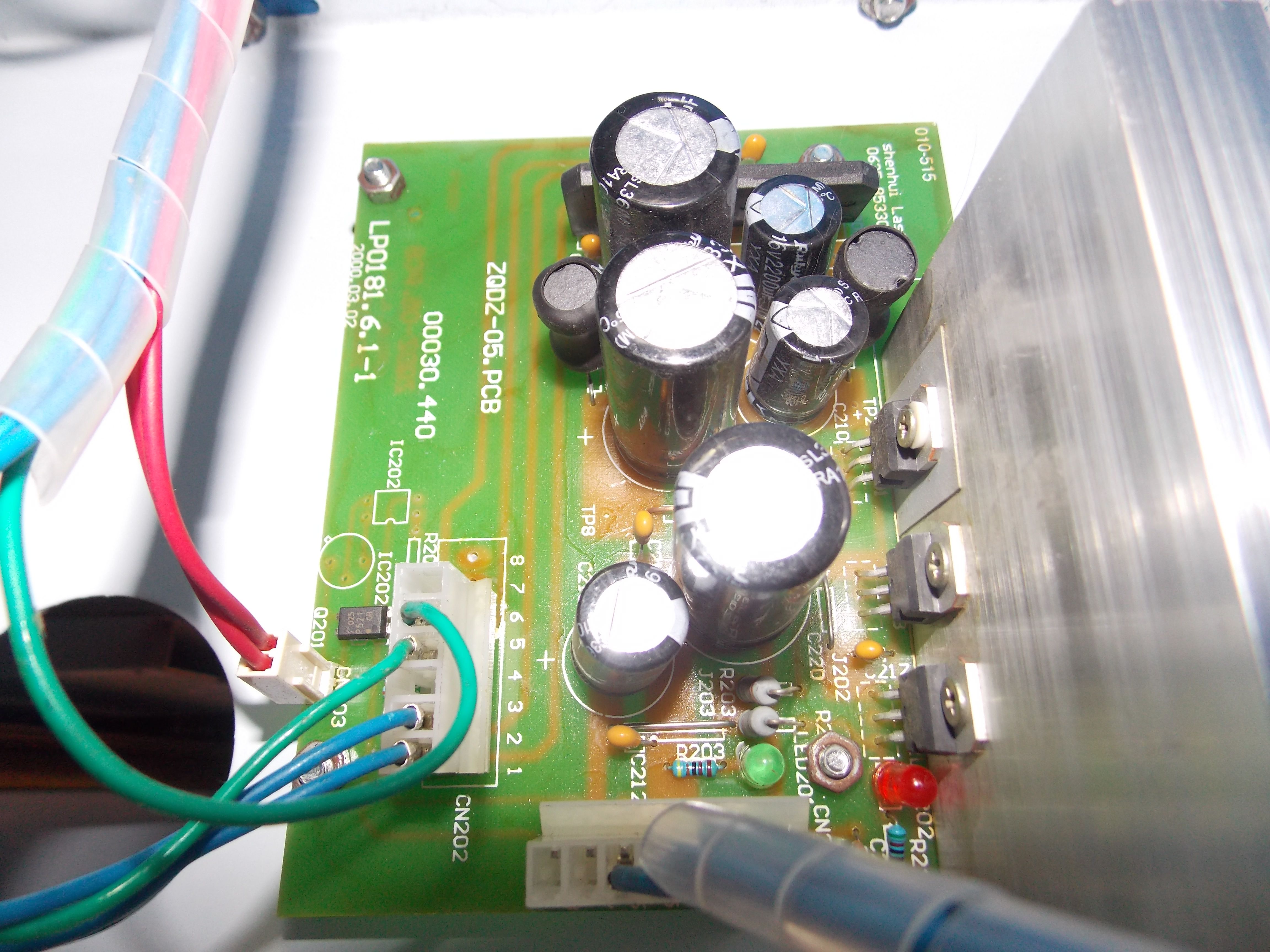