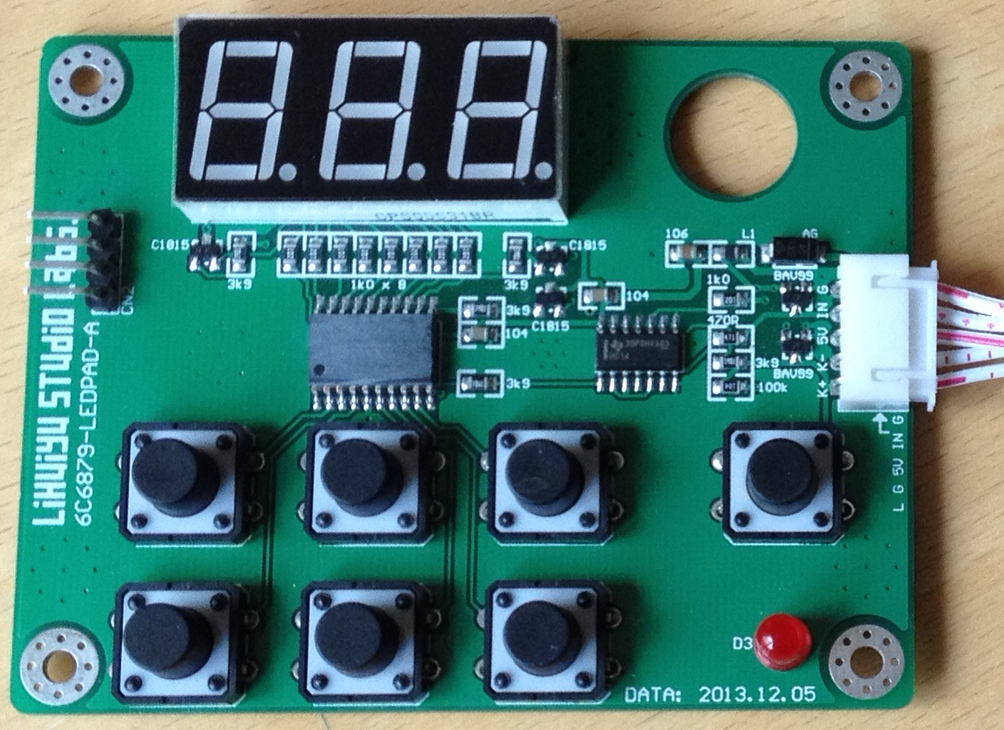 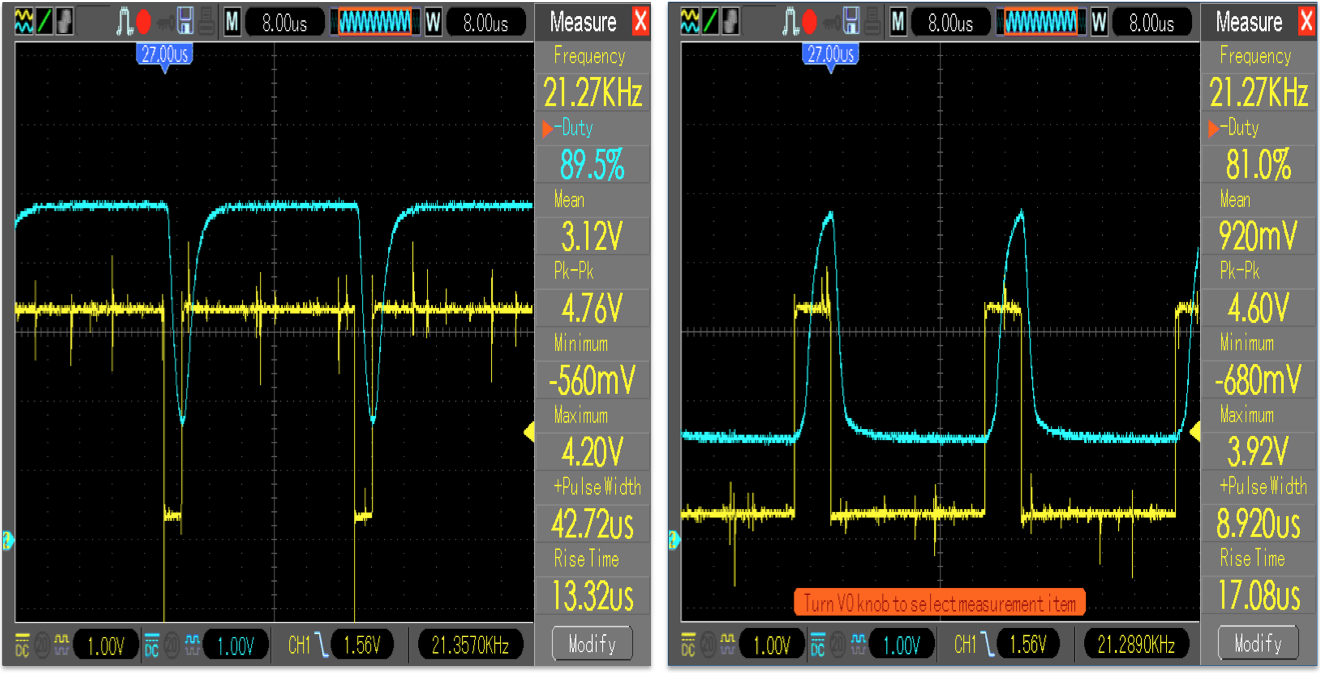 Therefore I decided to build a level shifter unit. With an op-amp (TLC271) the level at the optocoupler is judged at approx. 3V (with few 0.1V hysteresis). A following schmitt-trigger
(74LS14) drives the laser PSU directly. Power (+5V) for this circuitry is provided by the laser PSU in order not to jeopardize the isolation.

The level shifter soldered on a small PCB: 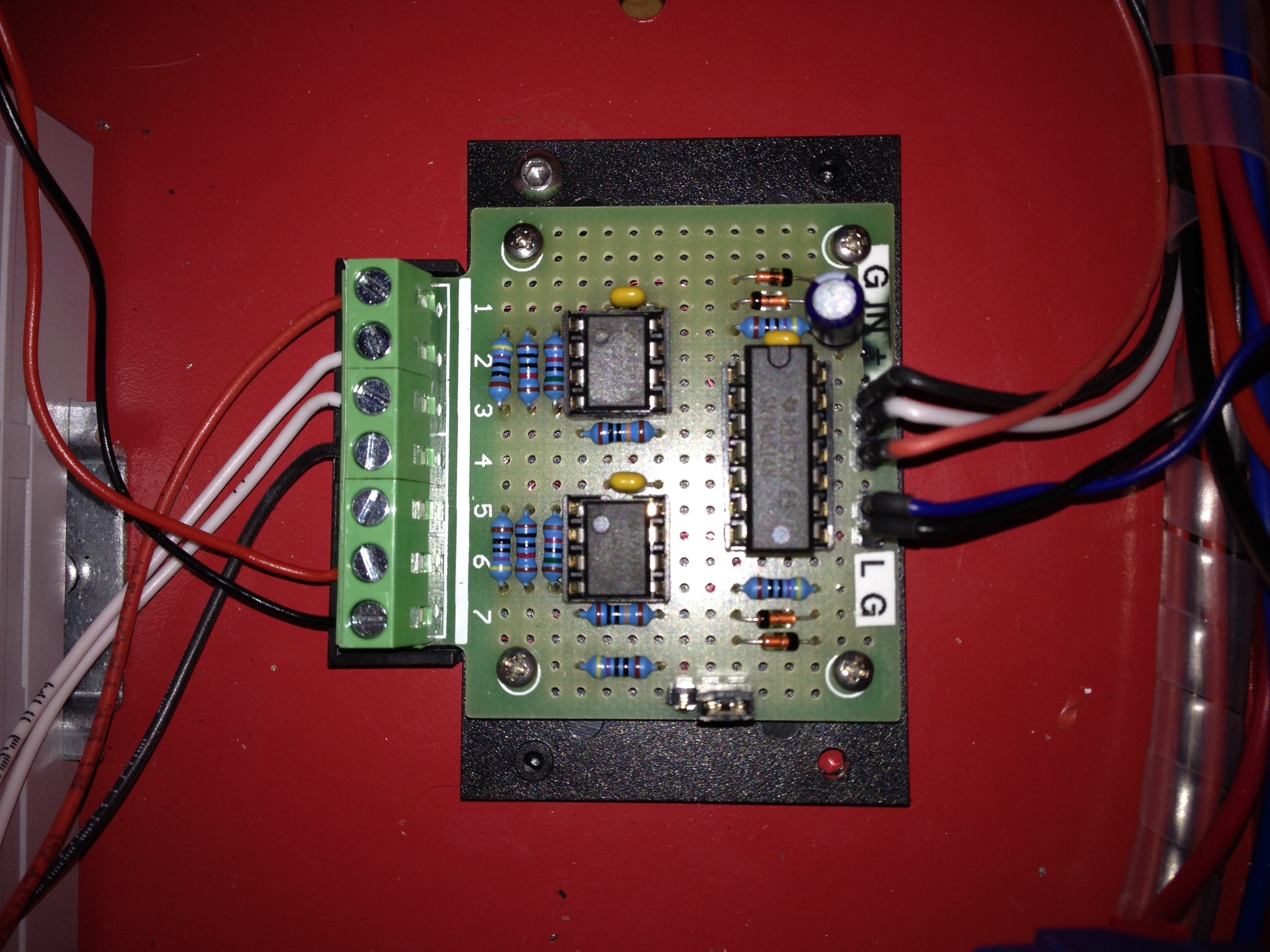 My Laser cutter after all modifications (until m/o Aug 2014)¶